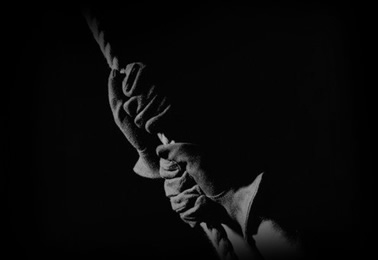 The ripping yarn of how a Glasgow safebreaker saved the lives of thousands of Allied soldiers by stealing secrets from top Nazi officials during the war and then spent most of his life breaking out of British prisons is to be turned into a film. Lee Hutcheon, who recently won the prize for best feature-length drama at the New York Independent Film Festival for his story of gang life on the streets of Aberdeen, is working on a new project about the life of Johnny Ramensky. "This is a funny, romantic drama about a man whose daring exploits captured the imagination of the people and who was respected by both criminals and the police for his gentle manner and bravery," said Hutcheon, who, like many people in north-east Scotland, grew up hearing tales of Ramensky's many jail breaks. "He first escaped from prison in protest at not being allowed to attend his wife's funeral. His escapes were as much to do with hitting back at the establishment as they were about getting free." For the past two years, Hutcheon, whose film In a Man's World beat off competition from 450 others to win in New York and earned him a reputation as possibly the "next Brit director to go overground in a big way", has been researching Ramensky. Few career criminals can honestly be described as famous, rather than infamous, but "Gentle Johnny", who became something of a folk hero for his daring escapes from some of Scotland's toughest jails, is one. Ramensky, the son of Lithuanian immigrants, was born in Lanarkshire in 1905 but spent his childhood in the Gorbals in Glasgow, where he drifted in and out of trouble from the age of 11 and learned his trade as a safecracker. Combined with amazing physical strength and acrobatic ability he made his living as a burglar specialising in gaining entry to difficult premises, usually by climbing up walls or drainpipes. Although a career criminal he was admired and looked upon with affection largely because of his personal code of raiding only business premises rather than people's homes, and never resisting arrest, which he viewed as an "occupational hazard". From the age of 18 Ramensky was in and out of prison, serving jail terms at Barlinnie and Peterhead prisons. In total he spent about 40 of his 66 years behind bars. During one of his spells out of prison Ramensky married and the couple had a daughter. In 1934, while serving a sentence in Peterhead, he was told his wife was dead. After being refused permission to attend the funeral Ramensky made the first of many escapes, but was recaptured. After another spell inside, Ramensky put his criminal talents to use in defence of the country when in 1942 he was released for special commando training. He was dropped behind enemy lines to steal German documents, including codes books, maps and orders, from the safes of high-ranking Nazi officers, including , it is alleged, Rommel and Goebbels. When the Allies invaded Italy he was tasked with breaking into safes in newly captured areas and on one day alone managed to burgle 14 of them. "Ramensky was a very brave man who could probably have done a lot with his life if he had not become a criminal," said Hutcheon. "He was a hero during the war and then became a Robin Hood-type figure in the eyes of ordinary people. "It is an amazing story ... and I am hoping that after the success of In a Man's World there might be somebody willing to invest some money to make this the success it deserves." Despite being awarded the Military Medal and a Royal Pardon for his bravery, Ramensky returned to crime after the war, and inevitably prison. However, Ramensky escaped, and was recaptured, from Peterhead prison, Scotland's most secure jail, no less than five times, including three in 1958. Throughout his escapes Ramensky would often visit friends and would always surrender without a struggle when caught. He was eventually injured after falling during a burglary. He never fully recovered and died in 1972, aged 66, in Perth prison. His obituary simply described him as: "Johnny Ramensky, safe blower extraordinary, hero of World War II commando exploits behind enemy lines, ace jail breaker and almost legendary figure of the Scottish crime world."

A FILM BY LEE HUTCHEON